The World Cinema Fund (WCF) was founded in October 2004 as a joint initiative of the German Federal Cultural Foundation and the Berlinale. It immediately established itself as one of the leading institutions funding outstanding international productions and rapidly gained recognition from those in the industry. The World Cinema Fund supports films which could not otherwise be realized without its funding.

WCF Day serves as the think tank of the World Cinema Fund. In the course of film talks, panels and round tables, current developments within the film industry will be discussed. Thereby, new initiatives as well as the funding orientations of the WCF will be presented. The topics include diversity and Audience Design.

Read more about the programme 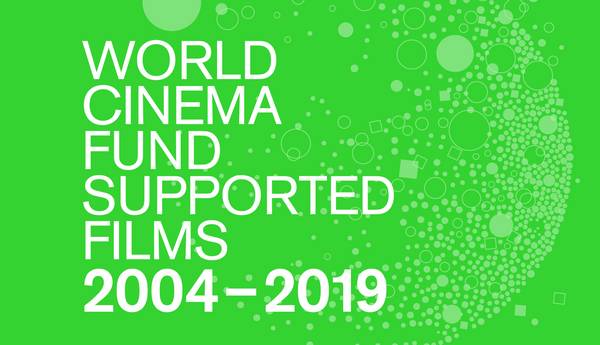 World Cinema Fund has launched a new booklet presenting funded films from 2004 to 2019.

They are uniquely aesthetic, tell memorable stories and authentically reflect the cultural background of the regions in which they are made.
The WCF supports cooperative projects involving German film producers and non-European filmmakers and producers. The World Cinema Fund has focussed its funding activities in Latin America, Central America, the Caribbean, Africa, the Middle East, the Caucasus, Central Asia and Southeast Asia; additionally the following countries: Bangladesh, Nepal, Sri Lanka. The World Cinema Fund has an annual budget of ca. € 350,000 with which it supports the production and distribution of feature-length films and documentaries.

German distributors can apply for distribution funding not exceeding 10,000 euros for the distribution of film from the WCF regions in Germany.

The WCF will retain its current successful funding structures. The new funding programme WCF Europe will also operate in the production and distribution funding fields but opening up the WCF support to companies from European countries participating in the Media sub-programme and from WCF Europe eligible regions and countries.
Numerous WCF-funded films have been invited to the most important international film festivals in the world and distinguished with top film awards. When a film receives WCF funding, many in the film industry regard it as a "seal of quality". Within just a few years, the World Cinema Fund has established itself as an instrument for cultural funding and intercultural dialogue, as well as for promoting international contacts within the film industry.