The long tradition of museum practice calls for museums to serve as institutions that provide knowledge. In classic museology, knowledge is a commodity that a museum offers, whereby the visitor accepts the validity of that knowledge. The Museum of Things is known for being unconventional in terms of its curatorial concept, museological classification and knowledge production. Within this respect, the exhibition project “Cabinet of the Unknown” invites a particular section of Oranienstrasse to redefine the unknown and co-create a knowledge platform.

Taking the Berlin Key as the ‘key’ object of the entire project, the participatory exhibition “Cabinet of the Unknown” dwelled on the unknown through the processes of knowing and creating acquaintance. As an object widely known in Berlin, but unfamiliar to those who are not from this city, it stands for the connection between the unknown and the known, between the inside and the outside, the museum situated in the back yard and the street.

The ”Cabinet of the Unknown” exhibition was composed of objects selected not only by a curator but also by its “cabinet members” (i.e. the Oranienstrasse participants). As the starting point of the project, every museum team member was asked to select an unknown object in the museum’s collection and to name ‘unknown’ or interesting locations on Oranienstrasse (between Moritzplatz and Görlitzer Bahnhof). The second act was to invite the ‘unknown’ people from the selected locations to the museum to discuss the unfamiliar objects of the museum team. They were then sent on a quest to find their own mystery object in the collection and, to generate a ripple effect, they also selected ‘unknown’ or interesting locations in the same area. Following this methodology, the circles of unknown objects and locations expanded over four ‘Cabinet Meetings.’ Within this collaborative curatorial process, the focus moves away from the museum, yet expands its borders through its participants from Oranienstrasse to the immediate vicinity of the museum. The street can be seen as a microcosm of the city of Berlin and as a hub of the different cultural backgrounds: a potential productive factor in generating collective knowledge.

To cultivate the connection with the street, the exhibition spread out to five shops in Oranienstrasse, where these satellites display the unknown objects selected by the shops’ representative. Working with (and within) the neighbourhood through unknown and undefined objects, the museum offered an alternative approach to create a connection and brings a new understanding to its own position in the context of its audience, re-evaluating the notion of the institutionalisation of knowledge in the museum context. 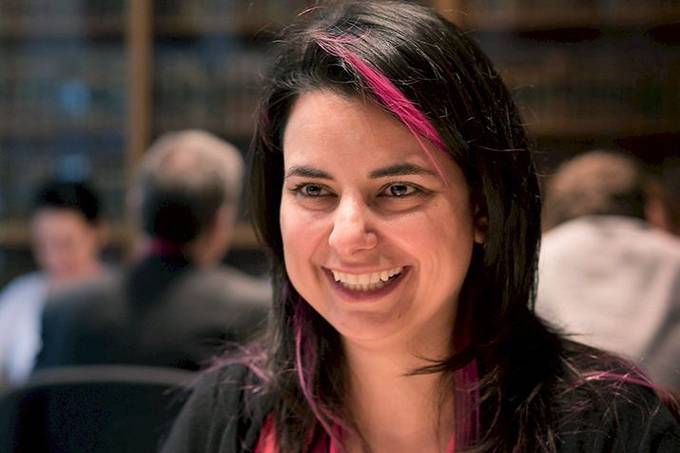 Ece Pazarbaşı works and walks on the merged borderline of curatorial practice and artistic research. Among her recent positions are co-curator of “Everything Under the Sun Alternative Education Programme“ (2015), curator of “Insomnia Dyslexia” Ljubljana Video Biennial (2015) and curator of ‘Walk Over the City’ soundwalk series in Istanbul (2013); Istanbul Coordinator for New Museum - New York’s Ideas City (2012). She has also co-curated “12/12” and “Turkish Art Nice and Simple” exhibitions at Tanas Berlin (2011-2012) together with René Block. She was the assistant curator of the 52nd Venice Biennial Turkish Pavilion (2007), director of the alternative education, residency and village festival programme Meeting Point (2007-2009), and project manager of "Orhan Pamuk: Museum of Innocence" for Schirn Kunsthalle Frankfurt (2007/2008).