`Caracas Case and the Culture of the Informal City' is the first of three grant programmes that focus on the growing megacities, using Caracas as a case study. The six-month grant programme allowed an international group of grant recipients consisting of photographers, visual artists, architects and writers, as well as social and cultural scientists, to research the informal influences on the contemporary development of urban culture in Latin America, taking Caracas as an example.
The results of the interdisciplinary field research provided the basis for this comprehensive bilingual publication, a work which gathers groundbreaking contributions on informal urban development in Latin American metropolises that go beyond Caracas and which puts up for discussion a new form of informal urbanism.
The cultural opportunities and problems of Latin American megacities are examined here from different perspectives, using the approaches and contributions of the scientists and artists involved. Phenomena such as informal markets, the increasing politicization of the public realm, multinational immigration, as well as new forms of building and social organization are taken up and processed using various artistic media.
An attempt is made here to contrast the stereotypical European image of the barrios as places of uncertainty and chaos with the potential of these informal urban districts in terms of civil society and culture. This, in turn, adds a fresh impetus to the European debate on non-Western cultures.

Much of the discourse on the modern city, the triumph of the global city or the 3rd world metropolis, would not be imaginable without understanding the relationships between today's cities worldwide. The informal city is therefore not an isolated by-product of progressing urbanization around the globe; it is part of a single global urban system. We are dealing with a worldwide urban reality that projects rhizome like extensions, which take physical form in different world places. The discourse on the global city therefore cannot exclude today's global informal city, its networks, its arrangements, its production and its culture.
With a growing population of 5 million in the metropolitan area, Caracas represents the prototypical-growing Metropolis at the beginning of the 21st century. The majority of the world's urban population today is living in cities of this size with rising poverty levels, weakened institutions and other signs of urban crisis, despite the dynamics inherent in the growth. It is these facts that make Caracas relevant as an urban scenario. 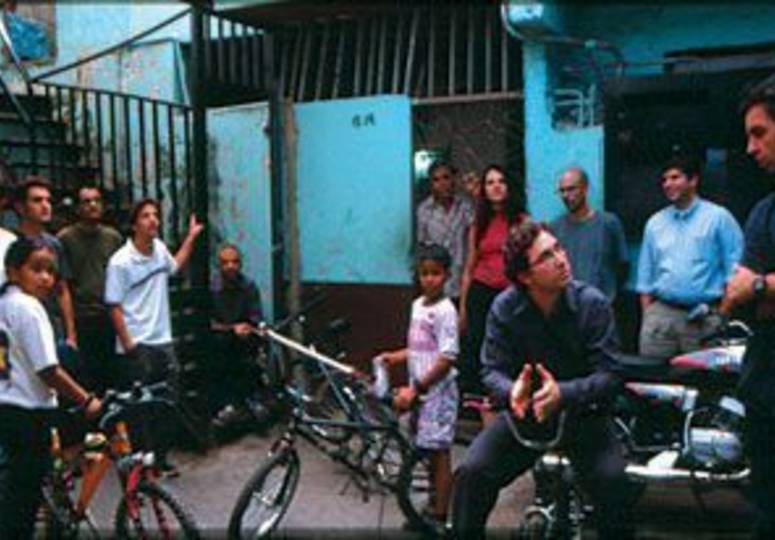 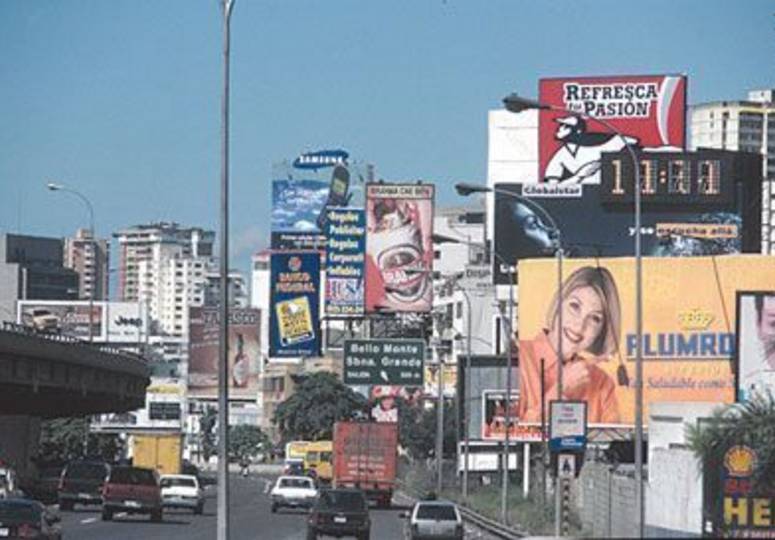 The findings of the Urban Think Tank -project caracas case and the culture of the informal city compiled in this book confirm two fields of interest, which are of central significance for contemporary urban cultural practice. First, the achievement of a shift in direction away from symbolic, information-oriented strategies towards physical appropriation and production. This is closely linked to the need for a re-politicisation of the urban sphere, and a new interest in the performative elements of cultural-political practices. Secondly, the re-questioning of the relationship between social and political spheres with the aim of reversing top down administration of space and program, to bottom up tactics. This reformulates a long overdue discourse and creates paradigms within the dynamics of a growing city with its configuration of built form, and social activities.
It offers a thesis on a city model that emerged without responding to occidental urban paradigms, and presents a manifesto for the informal city in the absence of theory.

"…The Urban Think Tank has contributed to the enhancement and development of our ideas on urban policy and on what a city can be today. Their studies enable Caracas to acquire a more global view of how to reshape and rethink the city in the future. They have produced actively detailed analysis, and theory resulting in decisions that are already becoming a reality in our city… "


Though it offers the fullness of a book, urban think tank is also a catalogue of ideas for the real world. It contains facts, figures and essays by authors such as Elmar Altvater; Economist from the Freie Universität Berlin, Regina Bittner; Cultural Scientist from the Bauhaus Dessau, Nestor Garcia Canclini Philosopher and Anthropologist from the University of Mexico D.F., Neil Smith; Geographer at City University of New York, a.o., along with contributions from local individuals like Paulina Villanueva; Architecture Historian and Director of the Foundation Carlos Raul Villanueva, as well as inhabitants of the city of Caracas itself. It reviews CARACASCASE and the culture of the informal city, research developed by the Urban Think Tank together with 10 fellow teams and other associates, along with built work and pilot-projects, to illustrate an alternative urban mindset. Info-graphics and the work of five photojournalists present so far unpublished visual accounts of the living conditions and the production mechanisms in the city of Caracas.

Informality in all its expressions can only be understood as a transition process on the way into formality. The currents and developments in Caracas have relevance far beyond their geographical border because the informality we find today in South America is not much different from the reactive processes that we witness in North America, Europe, Africa or Asia. It is for this reason that we proclaim, Caracas is everywhere.

Alfredo Brillembourg is a Venezuelan architect and urbanist. He studied in both New York City and Caracas and has been teaching at the Universidad Central de Venezuela and in the Simon Bolivar University. He is founder and Co- director of the CCSTT.

Kristin Feireiss is a journalist and writer and together with Hans Juergen Commerell directing AedesBerlin architecture forum and publisher, Feireiss was director of the Netherlands Architecture institute and is the editor of a series of books on renowned architects, as well as experimental architecture and theory.

Hubert Klumpner is an Austrian architect and urbanist living in Venezuela. He studied both in Vienna and New York City. He has been teaching at the Universidad Central de Venezuela and is co-Director of the Caracas Urban Think Tank.