In the 19th century, Chemnitz was one of the most important textile-producing cities in Germany. Its factories were some of the first to install Jacquard looms which are controlled with punched cards. The French silk weaver Joseph-Marie Jacquard had invented the first programmable machine in 1805. Inspired by the history of his hometown of Chemnitz, the internationally acclaimed artist Carsten Nicolai developed a monumental room installation titled “unitape” for the Kunstsammlungen Chemnitz. Based on the card system, Nicolai’s installation examines image coding and notation systems which interconnect visual and acoustic signals. Not only does the work pay tribute to Chemnitz’s industrial past, but also reflects on the communication processes of the Industrial Age. Nicolai analyses socio-psychological aspects of interaction between humans and machines and alludes to works by the Chemnitz artist Carlfriedrich Claus (1930-1998), who had previously explored the same subject in his “Language Sheets”.
An extensive catalogue documents the creation of the installation in reference to Nicolai’s existing works. It contains photos, texts and statements by other writers who analyse and review Nicolai’s work from various perspectives. 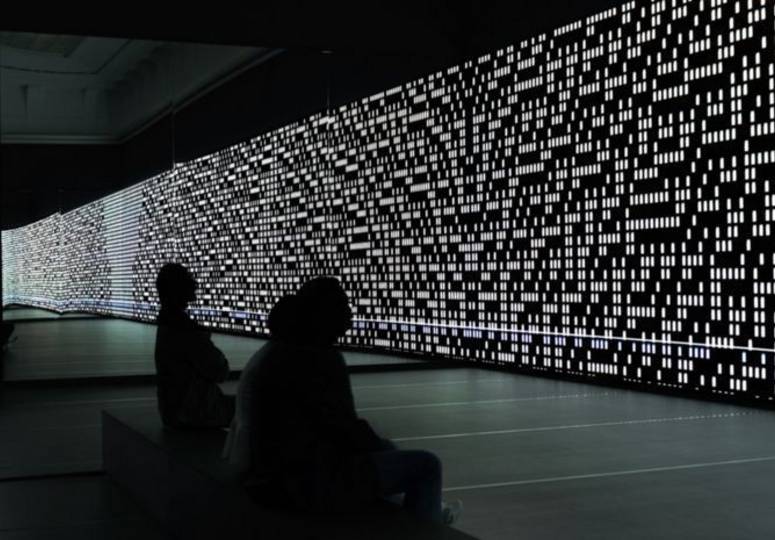 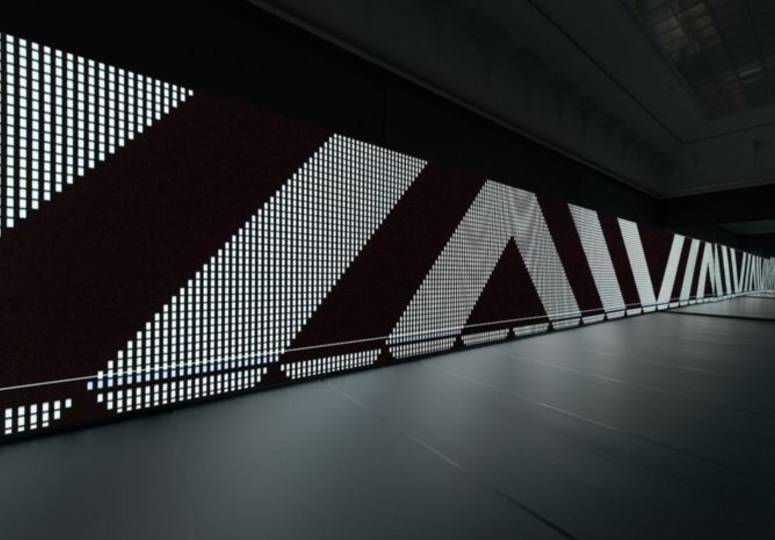