The term “appropriation” is often associated with a dominant group adopting cultural characteristics or distinctions of a subjugated people. In the post-colonial view of the world, the “colonial rulers” were often the ones who appropriated elements of native cultures. Our museums are full of evidence of such appropriation. No ethnological or ethnographic museum could exist without artefacts which were acquired on research expeditions and sent back to Europe in the 19th and early 20th century. Quite of few of these works depict Western rulers, dressed in exotic costumes, for example, to symbolise cultural affinity or participation which did not truly exist. In today’s globalised world, appropriation continues to be a ubiquitous cultural phenomenon.

The works of the Memmingen painter Josef Madlener (1881–1967) serve as the foil for questions which the fellowship wishes to explore in greater depth: How do we define culture? What is original? Does local culture exist, or was there ever such a thing? The project aims to investigate the various thematic areas based on local references (in Madlener’s works and artefacts at other local museums).

The cultural region, from which the specimens originate, plays only a subordinate role in this project. Therefore, there will be no need to restrict the prospective fellow’s region of origin either. The subject is sufficiently flexible to be developed in different directions. 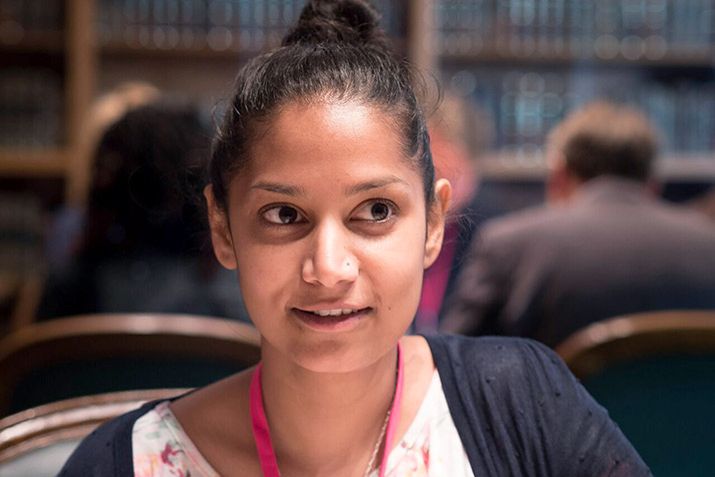 Bhavisha Panchia (* 1985) is a curator and researcher in aural and visual arts/culture. Originally from Johannesburg, South Africa, Panchia completed her MA at the Center for Curatorial Studies (CCS) at Bard College, New York in 2016.  She also holds a BA (Fine Arts) and MA (History of Art) from the University of the Witwatersrand. Her research areas are located in anti-/post-colonial studies, global North/South relations and the politics of sound and music, with a particular interest in diasporic formations.