World trade, Art Patronage and Collection History in Colonial Times Based on the Kunsthalle Bremen

The Hanseatic city of Bremen was a bustling centre of commerce in the 18th and 19th century, a hub in a rapidly expanding network of intercontinental trade relations and a port of departure for colonial expansion and exploitation. It was also from here that millions of immigrants left for the New World in the 19th century.
The Bremen Kunstverein (art association) was founded during this period in 1823. Among the many artworks donated to the Kunsthalle Bremen at the time, very few were of non-European origin. Nonetheless, the collection in Bremen is strongly characterised by the city’s colonial heritage. The colonial and imperial traces, however, remain well concealed even today.

The task of the fellow was be to investigate this “blind spot” in the Bremen collection and prepare the findings for presentation in an exhibition. With respect to postcolonial theory, art historians have meanwhile developed methods for identifying concealed colonial and racist references in art.

The aim was to initiate a debate on intercultural work at the museum and develop perspectives for the future presentation of the collection. Reflecting on colonial heritage can be an impulse for creatively encountering the current effects of globalisation and migration, as well as rethinking identity. 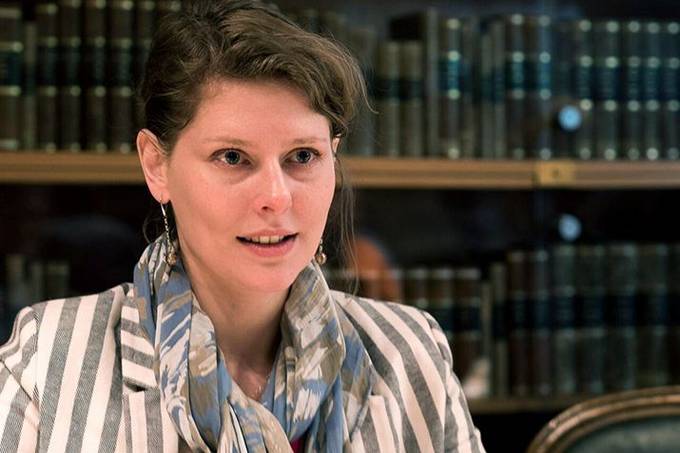 Julia Binter (*1984) studied social and cultural anthropology as well as theatre, film and media studies in Vienna and Paris and is doing her doctorate on the topic of trade, cultural exchange and imperial contact in West Africa at the University of Oxford. She has worked as curatorial assistant at the Weltmuseum Wien and has been teaching at the University of Vienna since 2009. Her research foci are globalization and migration studies, imperial history, memory and cultural heritage as well as postcolonial theory. At the Kunsthalle Bremen, she traced the colonial blind spots in the collection and curated an exhibition which aimed to open up a discussion about Bremen’s colonial past.