Like Germany, the Baltic and eastern Scandinavian countries have close and lively ties with Russian culture. The project Balagan examined this relationship, conscious of the strained political relations with Russia at present, and had invited over 70 artists and cultural producers to present their artistic positions at shows in Berlin, Hamburg and Dresden. In the section titled “Balagan Dreams”, young Russian artists presented their strategies in times of upheaval. Activists teamed up with theatre artists, while performers and fine artists, who have had their works exhibited in galleries, collaborated with artists who operate in the underground scene. The section “Balagan Works” featured guest performances of important contemporary Russian directors while “Balagan Express” served as a bilateral platform of exchange, organised in cooperation with Kampnagel in Hamburg, the Volksbühne Berlin, Hellerau Dresden and other institutions. Russian and German artists had been invited to discuss their work and working conditions in various workshops. The term “Balagan” in the project’s title is a word which Russian immigrants brought to Israel and the United States, and means chaos, instability and disorder. Consequently, the project invited artists to present their perspectives on the current crisis as well as zones of resistance. The project Balagan has been the main feature of the sixth edition of the Nordwind Festival in 2015. Founded in 2006 in Berlin, the biennial Nordwind Festival has gained a reputation in recent years as an important venue for performing arts from northern Europe. The invited artists from Scandinavia, the Baltic countries, the United States and Germany also incorporated the theme of the Balagan project into their featured works.
Balagan was a joint production by Nordwind Festival and MOMENTUM. Founded in 2010, MOMENTUM is a non-profit platform dedicated to time-based art based in Berlin. It organises and curates major international exhibitions in Berlin and abroad. 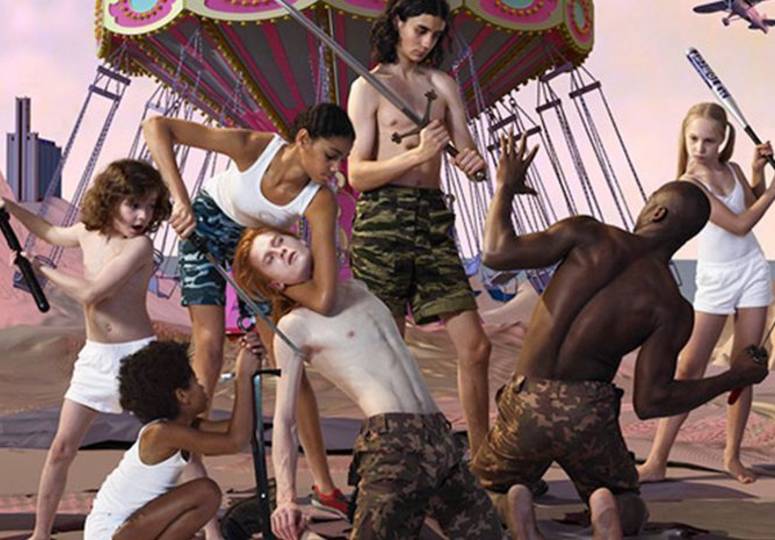