During the three-day congress “The Undead. Life Sciences & Pulp Fiction” at Kampnagel in Hamburg in May 2011, some 80 scholars, researchers and artists gathered in the rooms of a film set to present and discuss the fragile condition between life and death. In this theatrical venue of scientific popularization, the participants of the congress discussed various persons, manners of speaking, scientific cultures and speculative scenarios to define what was still/already alive and what was still/already dead.

In what way do scientists, artists, doctors and those, who have dealt with near-death experiences, talk about the threshold separating life and death? At the place where medicine, technology, ethics, philosophy and pop culture intersect, the congress collected stories, lectures, symbols, images and cyphers for an archive. The result is a mobile archive unit and installation “The Archive of the Undead” which includes video material selected from over 60 hours of filming.The “Archive of the Undead” is an installation by Hannah Hurtzig, Philipp Hochleichter and Florian Stirnemann.

Our films, novels, feature pages and bestseller lists present the dreams and nightmares of an undead world. At the same time, modern biotechnology and its capability to intervene in life processes have overturned age-old concepts of life and death and reshaped our notion of what human life is.

The human, who dies nowadays, is not really dead
Molecular biology and modern apparatus-based medicine have blurred what were once irrefutable boundaries. In laboratories, technicians are creating "frozen angels" (embryos produced through reproductive medicine) and synthesizing cell tissue at a breathtaking pace. Are these new life forms alive or dead, not yet alive or not completely dead? How does one convey the state of a patient in a vegetative coma? And what about human bodies from which we extract organs and tissue – are these patients truly dead only because a doctor has declared them brain dead? Modern-day biotechnological capabilities point to a new type of "life after death". It seems that the human body is a variable that can be deformed and improved to an unlimited degree. The age-old dream of immortality has been revitalized in a new biotechnological form.

The zombie of the 21st century
The zombie is iconic for "undead life" with all its vital impairments. Zombies featured in George A. Romero's famous "Night of the Living Dead" of 1968, only one year after the world's first human heart transplant and concurrent to the announcement of brain death criteria which would allow doctors to clinically determine the onset of death. In the 20th century, the zombie – perhaps the worst possible scourge for the life sciences – became a figure of social criticism of the (colonial) exploitation of the body, the dispossession of the soul and the alienation of work. Who or what does the zombie of the 21st century represent?

Who ultimately controls the undead?
The power over life and death is now transformed into the control of the undead. But who determines what is undead? Who stands to profit from the undead? What rights do the undead have?
Pop culture has offered many answers to questions that are now being debated in political and scientific circles long before they were asked. The science fiction and horror genres have accompanied the development of the life sciences and biotechnology since their inception. Films, music, comics, illustrations, TV shows and YouTube clips present visions, nightmares, explanations, myths and parodies of the conceivability and viability of the undead.

Congress – Three-day Laboratory and Showroom for Theory and Practice
The project "The Undead. Life Sciences & Pulp Fiction" by the Federal Cultural Foundation in cooperation with Kampnagel in Hamburg and the Berlin-Brandenburg Academy of Sciences and Humanities presented images, stories, research findings and speculations from the unchartered zones – the threshold between life and death. The conference invited experts from the field of biotechnology along with bioethicists, philosophers, caregivers, artists, filmmakers, media producers and pop icons. They addressed a variety of issues in the rooms of a film set – locations where the undead are typically produced, e.g. a hospital, cinema, cemetery and laboratory. There they engaged in scientific, political, ethical and pop-cultural discourse in discussions, lectures, presentations and experiments.

The Archive of the Undead
Sixty hours of recordings and photos of the lectures, discussions and performances of the congress have now been condensed into a mobile and online archive. At the mobile installation, visitors can listen to the philosopher Petra Gehring speaking about deregulated death, the doctor Andreas Zieger speaking on the death politics of modern medicine, the literary scholars Joseph Vogl and Philipp Ekardt discussing undead figures in the monetary economy, the psychologist and nurse Roberto Rotondo reporting on brain-dead patients from a caregiver’s point of view, the ethnologist Michi Knecht pondering the social life of deep-frozen embryos, the writer Mark Ravenhill speaking on the fatal narration of individuals with HIV, and the biogerontologist Aubrey de Grey and the bioethicist Andy Miah examining the promise and horror of eternal life. The mobile archive made its debut at the Berlin-Brandenburg Academy of Sciences and Humanities on 21 January 2012 and started touring through Germany in October 2012. 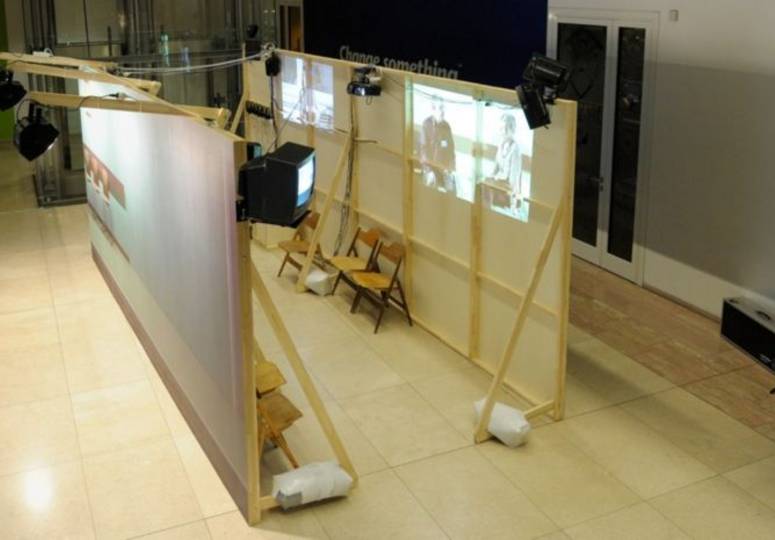 The "Archive of the Un­dead" on tour

The mobile installation “The Archive of the Undead” is a collection of lectures, discussions and performances presented at the congress "The Undead. Life Sciences & Pulp Fiction". The mobile archive made its debut at the Berlin-Brandenburg Academy of Sciences and Humanities on 21 January 2012 and started touring through Germany in October 2012. See the information on this page or visit the Undead website for the upcoming dates and presentation venues of the tour.www.untot.info

The Un­dead have gathered in Magazine #16

In our Magazine #16 (published autumn 2010) readers can explore the world of the undead in articles by Georg Seeßlen, Petra Gehring, Heiko Stoff, Marcus Stiglegger and others, and comics by Dietmar Dath, illustrated by Piwi.

The congress took place at Kampnagel in Hamburg in May 2011. You can find the complete congress programme and numerous articles and scientific essays about “the Undead” on the Undead website.