Many countries around the world continue to deny homosexuals and transgender people basic human, civil and self-determinatory rights. Lesbian women, gay men and transgender individuals frequently suffer legal harassment, social discrimination and, in many cases, brutal persecution. In the Global North, their situation is often viewed as a measure of democracy and civility. However, many fail to recognise that their legal situation does not adequately reflect their social environment. Moreover, few realise that the discrimination often occurs as a result of old colonial laws. In this respect, one could interpret the debate surrounding the legitimacy of heteronormative lifestyles as a battle waged not between cultures, but within cultures around the world.

This project examines whether the emancipation movements of Western industrial countries can provide impulses for the political and cultural struggles of queer communities in the Global South. Conversely, the project will also explore what queer communities in Germany and specifically the Schwules Museum* can do to resolve the conflicts in post-migrant society. The fellowship wishes to apply participative approaches with self-managed organisations of post-migrant queers who traditionally criticise museums, their organisational forms and exhibition practices as expressions of a “white”, “male” culture of dominance. 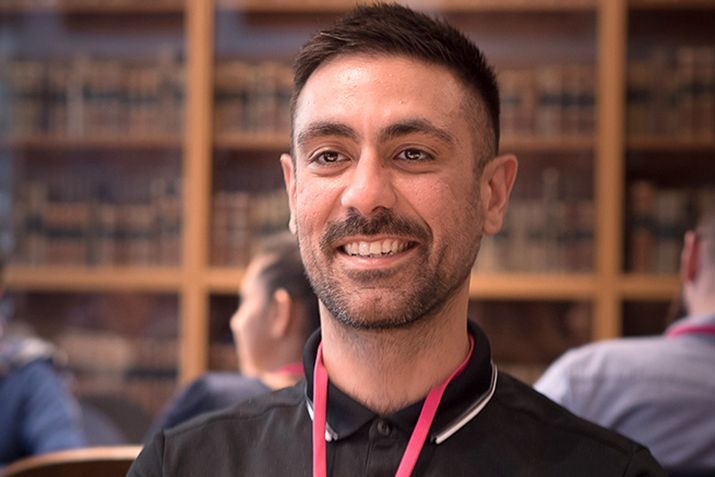 Ashkan Sepahvand (1984* Tehran) is a writer, translator, and artistic researcher. He is currently a Fellow at the Schwules Museum* in Berlin and a PhD candidate at the Academy of Fine Arts, Vienna. His practice traces associations from the histories and imaginations of the body, the sensory, sexuality, celebration, transformation, futurity, queerness, collectivity, ritual, and the self. His work, writings, and collaborations have been presented internationally, including dOCUMENTA (13), Gwangju Biennale 11, Institute for Contemporary Arts London, Sharjah Biennial X, Ashkal Alwan, Al-Ma’mal Foundation and KW Institute for Contemporary Art Berlin. From 2012-2014 he was a research fellow within “The Anthropocene Project” at Haus der Kulturen der Welt (Berlin), where he co-edited the publication “Textures of the Anthropocene: Grain, Vapor, Ray” (MIT Press: 2015). Since 2013 he has organized gatherings, interventions and seminars with the