In 1900, the British archaeologist Arthur Evans excavated an alabaster chair in Crete, from which he made a replica out of wood. This first replica, the so-called “Throne of Knossos”, marked the beginning of its rise to fame. Different stories about this piece evolved as numerous copies were presented in varying contexts. The replicas themselves served as models which developed a life of their own due to their respective precedents and their material characteristics. The plaster cast of the “Throne of Knossos” in the Archaeological Collection of the Humboldt Universität zu Berlin was the starting point of this research and exhibition project which aimed to portray the international networks of production, distribution and diverse interpretations of replicas.

In 1913, the government of Greece donated a replica in marble to the International Court of Justice in The Hague as a contribution to the “Gift of Nations”. To this day, the copy of the “Throne of Minos, King of Knossos and Judge” has become associated to a legend of legal history. In the 1960s, a wooden replica travelled through time and space in the BBC cult series “Dr. Who”. The history of replicas has taken other turns which the fellowship aimed to investigate in detail. In cooperation with artists and designers, the fellow helped to prepare an exhibition which focused on highlighting the mobility and differences between objects and replicas.

The project was organised by the Helmholtz Centre for Cultural Techniques/Veterinary Anatomical Theatre in cooperation with the Winckelmann Institute at the Humboldt Universität and the “Mobile Objects” project at the cluster of excellence “Image – Knowledge – Design”. 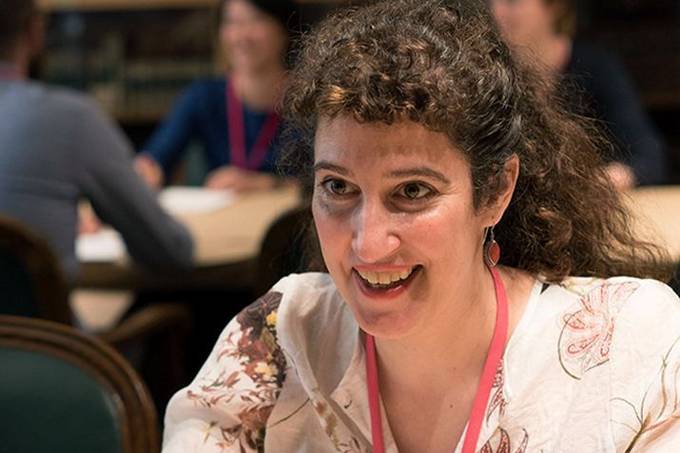 Dr. Anna Simandiraki-Grimshaw was an International Research Fellow for the project "Die Thronfolger" at the Humboldt-Universität zu Berlin, Germany. Trained in Greek Archaeology and (Western) History of Art (University of Crete, Greece) and specialised in the Aegean Bronze Age (University of Bristol, UK), she has worked at a variety of Higher and Further Education institutions and research projects. Her research interests include archaeologies of the body, ceramics, religion, artefact databases and reception studies, especially social (re-)uses of archaeology.

Can a copy of an archaeological artefact be as exciting as the original? Is there “Replica Knowledge”?