In the complex world of the 21st century, we are witnessing the birth of new civic movements and the first contours of a global civil society. Following the systemic upheaval of 1989 and in light of the recent events of the Arab Spring, it appears that protest movements and citizen involvement are shaping social and political processes beyond national boundaries. What role does art play in this process? The Staatliche Kunsthalle Baden-Baden is a museum that explores, studies and presents the interaction between current artistic tendencies and their impact on societal processes. In cooperation with the Museum of Contemporary Art in Novi Sad (Serbia) and the State Museum of Contemporary Art in Thessaloniki (Greece), this project aimed to highlight the influence of individual artworks on social discourse. The fellow Ksenija Cockova was responsible for organizing an exhibition tour between the three museums and developing an extensive accompanying programme and publication series. She researched the relevant artistic positions in the country of each exhibiting museum, acted as curator for the related exhibitions and developed platforms which allowed the public to participate in discourse regarding European civil society.

Project "Balcony to the Balkans"

Western Europe closely observed the wars, upheavals and political transformations on the Balkans while they lasted. The arts and the cultural sector profited from this attention. Since many Balkan countries are now more or less on the "right path" to Europe, the interest has dwindled. The project "Balcony to the Balkans", curated by Ksenija Cockova, wanted to bring the Balkans back into focus and address the issues that inform the local art scenes. Artists from Bosnia and Herzegovina, Bulgaria, Kosovo, Croatia, Macedonia and Serbia presented their take on the Balkans via different media. What is the current understanding of art in the Balkan region? Does the weight of history have an influence on artists’ work? Is the young generation capable of developing and maintaining an artistic practice that is free from this burden?

The project "Balcony to the Balkans" was a festival of emerging arts from the Western Balkans that was held in September 2014 in the Staatliche Kunsthalle Baden-Baden, as well in the public space around the market square in Baden-Baden.

The exhibition "Kapelle (Wir sind alle damit allein)" presented works by Macedonian artists Hristina Ivanoska and Yane Calovski which address the concept that belief nowadays is a socio-political anomaly. In the Kunsthalle Baden-Baden’s studio space 45cbm they created a mural on the basis of a picture of the church of St. Gjorgji in Kurbinovo. Around Baden-Baden’s market square the festival of Balkan art featured films, installations and performances. Serbian artist Boba Mirjana Stojadinovic, for example, transformed a hotel room into a public living room where she showed video art and thereby entered into dialogue with the audience. Croatian artist Bozidar Katik called attention to weak points in the urban fabric and gave impulses for active change. The city theatre, the art society “Gesellschaft der Freunde junger Kunst” and other local institutions also got involved in the festival.

Programme of the Festival "Balcony to the Balkans"

Free admission to all events. 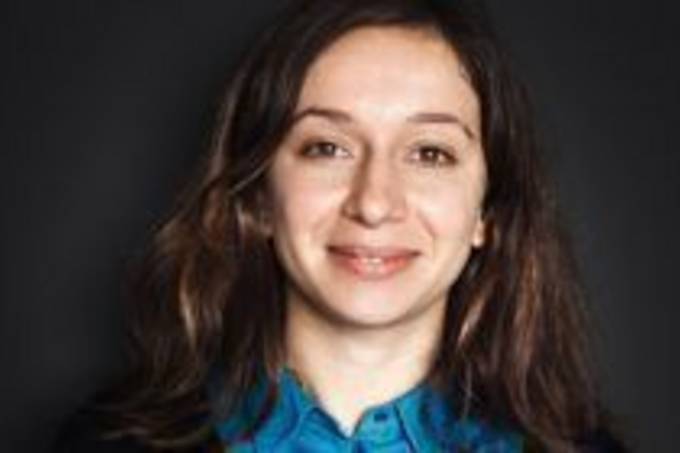 Ksenija Čočkova (*1979) studied German Philology and Intercultural Communication at the University “Ss. Cyril and Methodius” in Skopje, Macedonia. She is one of the founders of the Cultural Center CKand the non-governmental organization CDA T-House in Skopje. She was a cultural manager and curator of many exhibitions, conferences, festivals as well as workshops in her home country and internationally. In 2008 and 2009 she worked as a fellow of the program Cultural Managers from Central and Eastern Europe of the Robert Bosch Foundation at the Cultural Center E-Werk Freiburg. The focus of her interest is the social processes and cultural policies with particular accent on the countries in Southeast Europe. As a fellow at the Staatliche Kunsthalle Baden-Baden she was involved in the exhibition project about the European civil society in the 21st century, which opened in November 2013.