The Landesmuseum für Natur und Mensch Oldenburg originated from a ducal wunderkammer dating back to 1836. Today, the collection comprises three large departments containing a broad spectrum of ethnological, archaeological, botanical and zoological specimens. The fellow Glenn Ricci was responsible for digitally processing the ethnological collection which contains approximately 6,000 specimens from around the world. He gathered data which could later be used for investigating ethnic influences. For example, which objects have a purely autochthonous origin, which have been externally influenced as a result of migration or trade? How have specific cultures developed over time and in what ways and to what degree did their relationship change with the outside world?
The evaluation of the digital data serves as the basis for developing a new permanent exhibition. The museum would like to present an innovative concept which enables visitors to compare selected cultures from around the world – including European cultures – along various time horizons.

Exhibition "Familiar and Foreign in Belief-Worlds"

The State Museum Nature and Man has in addition to its natural history and archaeological collections an extensive ethnological collection, gathered from all over the world. The exhibition brouhgt the ethnographic objects provocatively together and showed how they are an expression of different but also similar religions and beliefs in this world. After all, some are of unique religious ideas and symbolize the foreign, while others show surprising similarities to other forms of belief, and in this way to remind our own. It guided you through the cultures of different continents and made visible in amazing ways the many parallels between cultures - even to the western world. Starting with the origins, the issue of the question of the creation of man dedicated and provided an insight into the diverse mythological vision of how the world was created. Sacrifices, body modification, festivals, fasting and general cultural taboos were the contents of the second section of the exhibition. Finally, the exhibition addressed a universal theme on, which is every culture familiar: death. "Familiar and Foreign in Belief-Worlds,” featured a diverse collection, pieced together an insight into the worlds of faith, customs and practices of the cultures through which they were created. The exhibition let visitors feel that beliefs in the history of humanity were part of everyday life and could be related not only to a particular day, a particular building or a personal experience and code. The juxtapositions between cultures simultaneously showed which objects are familiar or of foreign origin; let the foreigner become more familiar. Curated by Glenn Ricci.

During the 35 years of German colonialism until 1920, the museum intensively sought weapon-like objects for its collection. Back then these objects symbolised superiority over the “natives” and demonstrated national pride and scientific curiosity. Today they also point to a chapter of German history marked by brutal conquest and murder. The contrast in collecting practices past and present and the resulting taboos in display such objects represent a paradox. In order to present a culture in an objective manner, museum curators must avoid reverting to stereotypes. Yet at the same time, the public lauds an artificial but “politically correct” image that glosses over the fact that indigenous cultures also wage wars. This exhibition by the fellow Glenn Ricci called for a change in perspective within the context of the museum by comparing colonial-period and post-colonial collecting practices and presenting the effects on the collectors and the objects they collect. The project also served as a model for future exhibitions as it was presented in the new rooms of a recently vacated neighbouring building. 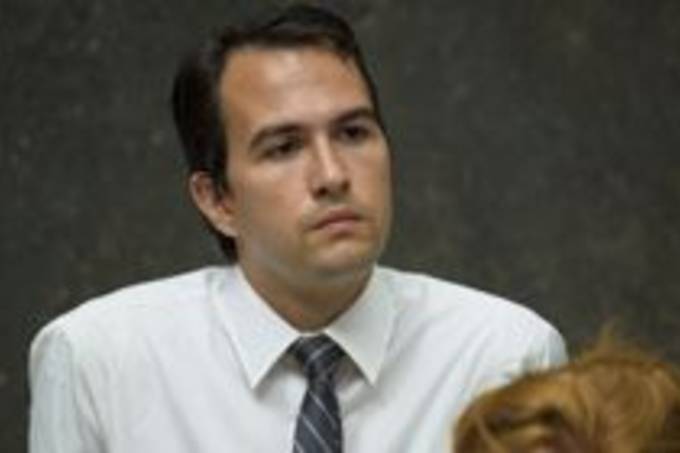 The American archaeologist, Glenn Ricci (*1984) has studied historic archaeological sites from around the world with an emphasis on artifact’s cultural role. During his Master’s studies Mr. Ricci conducted analyses on a medieval mass grave thereby providing a cultural interpretation of an undocumented society. As a Fellow of the Oldenburg Landesmuseum Natur und Mensch, he examined the ethnological collection of artifacts and designed an exhibit focusing on the convergent evolution of world cultures.