The Federal Cultural Foundation regularly initiates special projects to commemorate influential figures of history and draw greater public attention to the topicality of their works. The Kleist Festival 2011 was an example of such a project. The Federal Cultural Foundation 2013 participated in a series of events dedicated to Georg Büchner, whose 200th anniversary will be celebrated on 17 October 2013. The Foundation funded a cultural-historic exhibition in Büchner’s hometown of Darmstadt in Hesse and an international theatre festival in Gießen.

Büchner’s Woyzeck is a celebrated masterpiece of European drama, and the political comedy Leonce and Lena is regularly performed throughout Germany and abroad. His short story “Lenz” is said to represent the “beginning of modern European prose” (Arnold Zweig). And “The Hessian Courier” is regarded as one of the most influential political pamphlets published between the Peasant’s War and the “Communist Manifesto”.

Against this backdrop of historic literary reception, the Hessian Ministry of Science and Art and the Hessian Literary Council had initiated a programme to celebrate the “Büchner Commemorative Years” and mark the 200th anniversary of his birth. As part of this programme, the Federal Cultural Foundation had agreed to fund two projects which are bound to attract international attention.

Georg Büchner’s epochal influence in German literary history owes in no small part to his treatment of the history of European liberation, in particular, the French Revolution. With stops in Germany and Switzerland, the exhibition project will portray this German writer of European prominence in such a way that attracts international attention.
The exhibition was being developed by the Institut Mathildenhöhe Darmstadt in close cooperation with the Georg Büchner Society and the Georg Büchner Research Group at the University of Marburg. The project has been headed by Dr. Ralf Beil, the curator and director of Mathildenhöhe. Prof. Dr. Burghard Dedner, head of the Büchner Research Group and editor of the historic-critical Marburg edition, served as the project’s research director. The exhibition project also included an extensive catalogue which will feature yet unpublished autographs by Büchner as facsimiles or transcriptions. Along with scientific texts on various aspects of Büchner’s life and works, the catalogue also contained articles by contemporary writers and artists.

A core element of the Georg Büchner programme was the International Büchner Theatre Festival. In addition to highlighting the impact the playwright has made on Germany’s cultural heritage, the festival examined the literary reception of Büchner’s plays in the contemporary international theatre scene. Not only were the festival organizers interested in classical production methods, but also performative, dance and documentary approaches which interconnect the arts and international cultures.

Along with its emphasis on international networking, the Stadttheater Gießen is strongly committed to working constructively with the independent scene. In developing the programme, the festival was closely cooperating with the Künstlerhaus Mousonturm in Frankfurt am Main and the Institute of Applied Theatre Studies at the Justus Liebig University in Gießen. The coordinators offered workshops by international artists for students and additional guest performances in Frankfurt am Main. 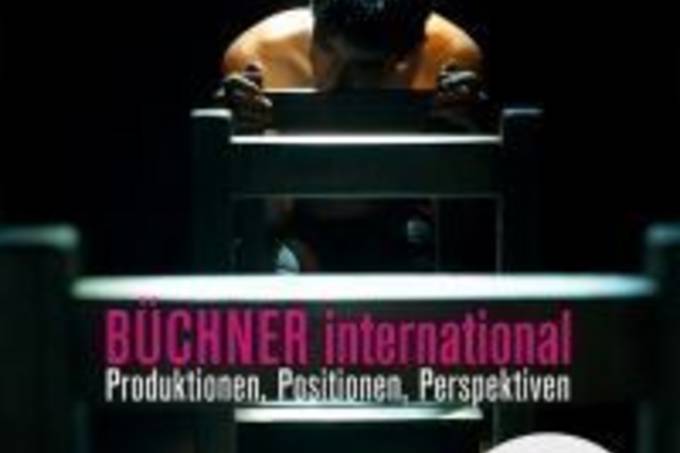 To the publisher (external link, opens in a new window)

is the name of the theatre festival which the Stadttheater Giessen was hosting from 22 to 30 June. Renowned theatre groups from Japan, Brazil, South Korea and other nations presented contemporary productions of all types and artistic genres. The festival featured an extensive accompanying programme with podium discussions, performances, an academic lecture series, concerts and artistic installations. For more information about the programme and the productions, visit the website of the Stadttheater Giessen:

In cooperation with the Büchner Research Centre in Marburg, this extensive project on the cultural history of literature shedded light on the life and work of the poet, revolutionary and scientist Georg Büchner from a cultural-historic point of view.

Based on a broad range of original manuscripts, historic objects, and films and multimedia installations created especially for the exhibition, this project aimed to increase public awareness of Büchner’s writings which remain as political volatile as ever.