With its extensive collection and large-scale exhibitions, the German Historical Museum (DHM) in Berlin is one of Germany’s most renowned museums today. Part of its collection originally belonged to the Museum of German History (MfDG) which existed from 1952 to 1990 and was the best-known history museum of the GDR. One of its central missions was to present a Marxist-Leninist view of history. Over the course of 40 years, the MfDG presented numerous long-term and special exhibitions, as well as guest exhibitions from “socialist sister states”. The museum’s activities played an important role in the official cultural and commemorative policy in the GDR – but despite its special status, its exhibitions have not yet been studied in any great detail.
The fellowship wanted to shed light on the exhibition activity of the MfDG, in particular the development, realization and reception of its special and guest exhibitions. Because the history of the MfDG has often been studied and analysed by West German researchers, the museum sought to hire a fellow who could bring a non-European, unbiased perspective into the project. Fellow Mary-Liz Andrews possessed extensive knowledge of European contemporary history – particularly with regard to the history of East and West Germany – and the current discourse in the field of post-colonial studies. She conducted research in the museum archive and German Federal Archives, and at foreign museums as well. Following in-depth research, she analysed the central MfDG exhibition pieces at the DHM and assessed how they were presented and interpreted. The research findings were presented in public lectures and publications. 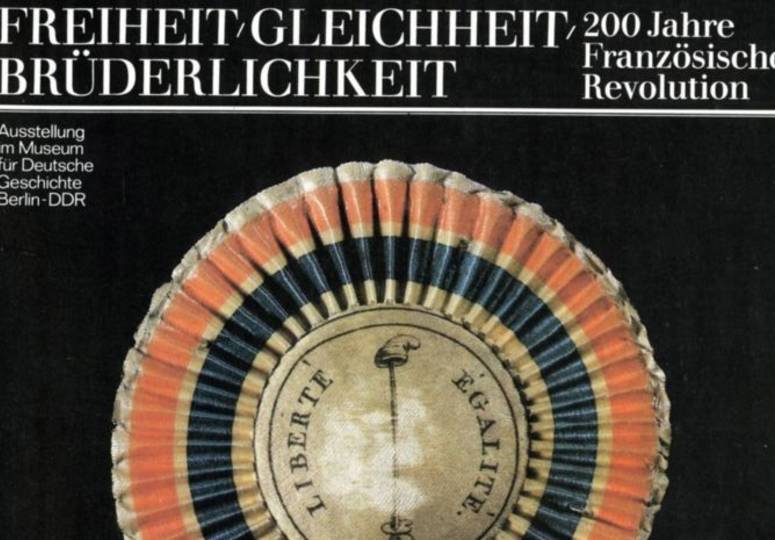 The temporary intervention was meant to augment the permanent exhibition at the DHM. “Layers of Time” was not an exhibition in the traditional sense. Rather, it presented unknown or rarely shown photo material in direct reference to displays in the permanent exhibition in order to reveal the constantly changing character of museum presentations. The exhibition was comprised of around 21 stations within the permanent exhibition and on the museum grounds which offer visitors historic perspectives of objects, architectural features and rooms. The fellow Mary-Liz Andrews highlighted the complex relationships between today’s permanent exhibition, the function of the Zeughaus building and the collections throughout the centuries as a place where different concepts of German identity have been tendered. In contrasting the contexts in which the objects were once presented and how they are presented today, the project questioned the assumption of fixed, objective meanings. In this way, the visitors were encouraged to consider how historical narratives are constructed and on how these stories are attached to historic objects.

Mary-Elizabeth graduated with Honours in Film Studies from Flinders University, South Australia, in 1997. She worked for several years in film and television production before completing a Master of Museum Studies at the University of Sydney in 2009. Mary-Elizabeth is a Goethe-Institute and DAAD scholarship recipient. She has worked on exhibition projects for the Historic Houses Trust of New South Wales and a web exhibition for the Australian National Maritime Museum and is currently completing her PhD candidature in the Museum Studies department at the University of Sydney. At the Deutsches Historisches Museum Berlin the Australian Fellow will analyse central exhibition pieces from the former GDR and assess how they were presented and interpreted.