The Bauhaus, founded by Walter Gropius in 1919, was Germany’s most famous art and design school of classical modernism. The Bauhaus Dessau Foundation has launched a fellowship programme which aims to investigate the principle of cooperative design, promoted by the second Bauhaus director Hannes Meyer (1889-1954), and its impact in Germany, Russia, Mexico and Switzerland. Meyer became a professor in 1927, and in the following year, was appointed director of the Bauhaus, which had relocated to Dessau in 1925. His works are characterised by the concept of collective design, or as he called it “co-op”, an idea which significantly influenced his instruction at the Bauhaus. Hannes Meyer believed that design was a process which should be collectively targeted at broad segments of the population and serve as an “ideological demonstration”. In order to integrate as many factors as possible into the planning process, Meyer emphasised standardisation, mass production and the paradigm of objectivistic architectural design, coupled with joint collaboration with various experts. After his time at the Bauhaus, Meyer travelled to Russia in 1930 where he drafted plans for new schools and cities in Eastern Siberia. Nine years later, fleeing from the Nazis, he settled in Mexico.

The Bauhaus Dessau Foundation presented an extensive exhibition titled “The Co-op Principle” (21 May – 4 October 2015), which examined the influence of the experimental, utopian ideas of “co-op” on the planning and implementation of construction projects in Dessau, the Soviet Union and Mexico. Dr. Raquel Franklin, a Mexican architect with specialisation in international modernism of the 20th century, developed the exhibition in a curatorial function. 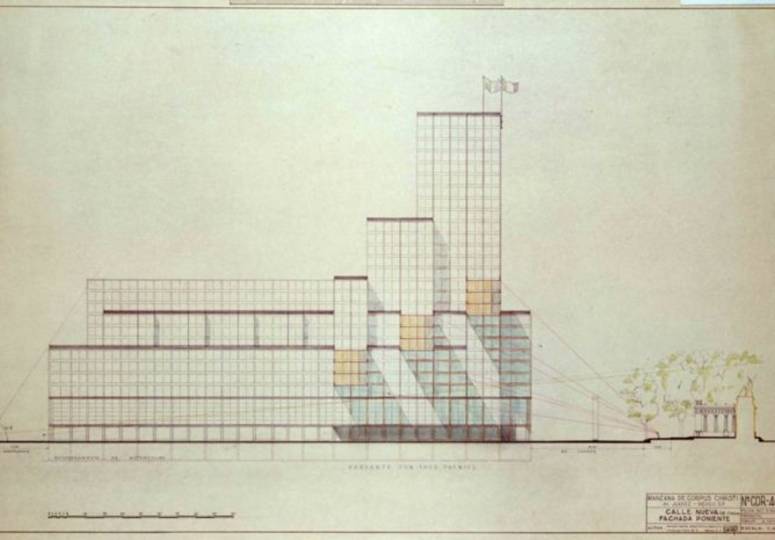 Cooperatives, sharing communities, building associations – collectives are ubiquitous today. The State Bauhaus was one of the first institutions to explore the relationship between society and design, and individual and collaborative creation and production. The second director of the Bauhaus, Hannes Meyer, was especially devoted to the concept. He radically focused on “the collective” in teaching, workshops, planning and architecture, and thereby revolutionised the Bauhaus with his notion of a collaborative design process. The exhibition drew a connection between Meyer’s co-op principle and his personal history of migration, and featured new forms of presentation and communication. Arranged in several theme-based “islands”, the exhibition presented Meyer’s design projects and documents which illustrate his concept of “the collective” and “cooperation”. One of the highlights in the Bauhaus building in Dessau was the reconstruction of the touring Bauhaus exhibition of 1929/30 which showcased the “Volkswohnung” (People’s Apartments). Their puristic and precise display served as the graphic and spatial reference for “The Co-op Principle”.

The Mexican architect Raquel Franklin (*1967) is currently the Head of the Architectural Research Center at the Anahuac University where she also teaches courses on the History of Twentieth Century Architecture. Dr. Franklin obtained her Doctoral degree from the Technion – Israel Institute of Technology with her dissertation “Hannes Meyer in Mexico (1939-1949) in 1997 and has lectured and published widely on this topic. She is a founding member of DOCOMOMO – Mexico and participates in the Architectural Seminar of the Research Institute of Aesthetics at Mexico’s National University. Currently she is participating in the framework of the International Museum Fellowship program in the curatorial and research preparation of the exhibition “The Coop principle: Hannes Meyer and the concept of collective design” at the Bauhaus-Dessau Foundation.