In 2006, the Federal Cultural Foundation launched the New Music Network, which it financed with 12 million euros between 2008 and 2011. The goal of the four-year funding programme was to strengthen the structure of the New Music scene and increase the public awareness of this important artistic area. Although New Music possesses an illustrious tradition and is one of the most vibrant, multi-facetted areas of contemporary art in Germany today, only a fraction of the culturally interested public recognizes it as such.

By the end of 2011, the New Music Network had funded 15 projects nationwide, all of which were chosen by a specially appointed curatorial panel in a two-phased selection process. Their main objectives were to establish a long-term, regional network and creatively introduce New Music to a wider segment of the population.
The selected Network projects were carried out in the following cities and regions – listed here from north to south: Kiel, Hamburg, Oldenburg, Lower Saxony, Berlin, Essen, Moers, Dresden, Cologne, Rhineland-Palatinate, Saarbrücken, Stuttgart conurbation, Passau, Augsburg and Freiburg. At each location, local institutions, interest groups, ensembles and individual artists developed theme-based projects that were specially tailored to their cities and regions. Together they created a national network of 255 partners who helped firmly establish New Music as an integral part of musical life in Germany.

Over the course of four years, the projects explored innovative ways of presenting New Music to larger audiences, probing the boundaries of perception of New Music, and establishing contact between artists and cultural producers in the field. The projects generated new educational concepts and far-reaching structural improvements to the programme, organization and production of New Music. They are designed to continue having an impact beyond the funding period to ensure that New Music remains structurally anchored in the cultural life of the respective city or region in the long term.

The New Music Network was an umbrella organization for the 15 projects until the end of 2011 and served as a platform for the general presentation and reflection of New Music. The NMN team in Berlin provided artistic and organizational assistance to all the model projects in Germany and offered them a network of communication and a broad platform of presentation. It also produced publications and organized events which publicized the work of the New Music Network.

The four-year funding programme which financed the 15 projects of the New Music Network concluded in December 2011. The Network Finale offered visitors a two-day programme of New Music, a review of the Network’s achievements and podium discussions on future challenges. The festival was presented in collaboration with the partners Deutschlandfunk, the city of Cologne, the Cologne Society for New Music and ON – Neue Musik Köln.

UNESCO has distinguished the New Music Network as a model project which promotes cultural diversity and the creation of innovative structures. 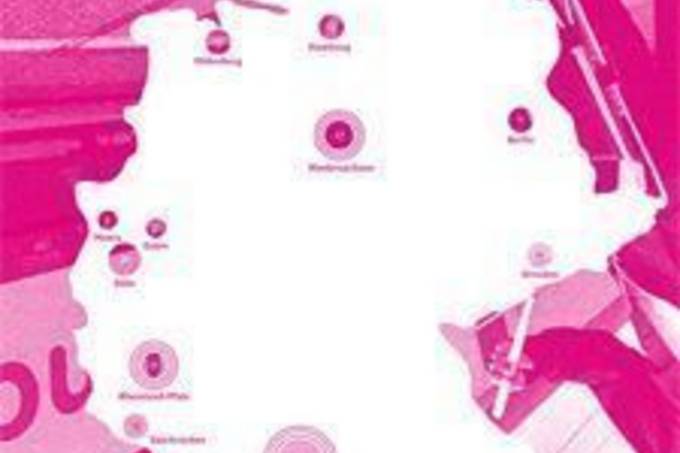 View the projects funded through the New Music Network: