On the occasion of its 250th anniversary, the Dresden Academy of Fine Arts (HfBK) has developed an exhibition project titled “Mark Dion. The academy of things” which presented the school’s own, predominantly anatomical collection in a new light. The exhibition intended to critically review traditional systems of museum classification and developed concepts for alternative forms of presentation which went beyond merely reconstructing the original systems used since the Baroque period. The internationally acclaimed American artist Mark Dion has been invited to peruse the storerooms of the collection and present objects in new locations throughout Dresden. Following his expeditions into otherwise hidden storehouses, three venues – the Green Vault, the Albertinum and the Academy’s own exhibition space, the Octagon – have been transformed into a laboratory of art. The institutions became an “Academy of Things”, and the stories of these objects have been retold from an artistic perspective.
A versatile programme of events framed the project and reflected upon its significance, with guided tours by the curators and discussions in situ with international guests. Two conferences – in November 2014 and January 2015 – marked the triple exhibition. Mark Dion’s show has been accompanied by a book and an artist’s edition. 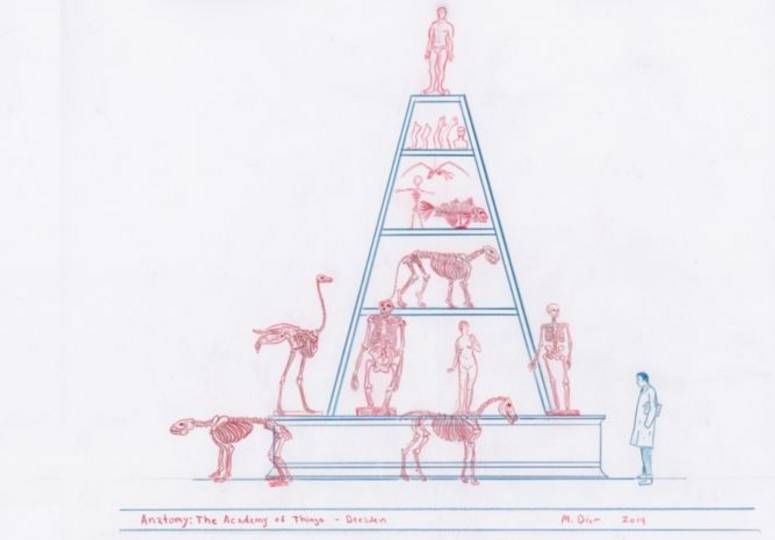