In 2005, the Federal Cultural Foundation established the HOME GAME fund. It promoted theatre projects which addressed the urban and social reality of cities and tried to attract new audiences to (city) theatre. Theatre often plays a key role in the image and identity of a city. It is a public place where people gather together and reflect on themselves and society on the whole. However, all public theatres have to struggle to gain the audience’s acceptance and financial support. What is involved when producing theatre productions for cities nowadays? How can we make theatre a place which tackles urgent contemporary issues? How can theatres attract new audiences while presenting their regular audiences with unusual points of view?

The Federal Cultural Foundation wished to encourage general theatre directors, festival organizers, dramaturges, directors, set designers and musicians to incorporate impulses from their home cities into their theatre activities. They were urged to go out into unfamiliar city quarters and acquaint themselves with the residents' life stories and everyday routines. This was a way to create new forums and produce a true exchange between theatre and the city's inhabitants - between art and reality.

In recent years, we have seen an increasing number of artistic projects which have tried to address reality in new forms by putting amateurs on stage. But this is not about setting up "warm rooms" in theatres or publicly "exhibiting" certain groups of the population with all their quirks. The goal was rather to have artists and residents collaborate in a creative process in which both could learn from one another. In the end, both groups would benefit in producing an artistically interesting and ambitious result.

Before applying for funding from HOME GAME, applicants were asked to do intensive research about their city. What issues are especially important to the people in the city? Which groups of people experience things which generally go unnoticed on a day-to-day basis? What areas of the city are unfamiliar or overlooked by cultural artists? The project administrators ought to address specific social groups in their research and conception phase - by visiting socially underprivileged city districts, clubs, companies, etc.

Funding was granted to theatre projects which examined the urban and social reality of their cities in an artistically exceptional way. If possible, the project's results have been presented in the "large auditorium" or "big stage" in the theatre. The goal of HOME GAME was to fund projects which tried to get new circles of the public interested in theatre and encouraged everyone involved to examine the role of (city) theatre in Germany.

Playing on the home turf, the fans are sitting in the audience rooting for their team, and all the players are fighting to win for their hometown - that's what HOME GAME is all about.

The programme runs until 2013. The last submission deadline ended 30 April 2011 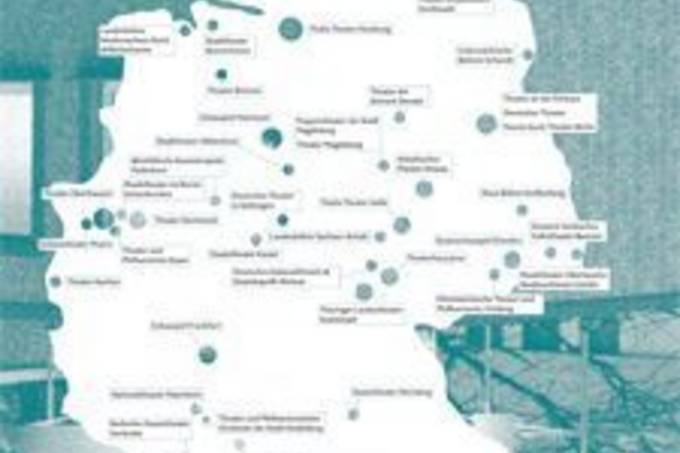 View the theatre projects funded through the HOME GAME fund

In order to bundle the experience gained from the 50 projects financed through the Home Game fund and to initiate a discussion about the current developments in the German theatre scene, an event titled HOME GAME 2011, organized in cooperation with the Schauspielhaus Cologne, will present various theatre formats which appeal to both professionals and the general public. For more information about the theatre festival, symposium, workshops and much more, visit: