Mary, the Virgin Mother of God, has become a symbolic figure and projection surface for attitudes regarding femininity over the course of Western cultural history. The choreographer Heike Hennig placed the figure of Mary at the centre of her dance oratory, which premiered at the Handel Festival in Halle in 2010.

The worship of the Virgin Mary reached its peak during the Baroque period. Cantatas and arias dedicated to Mary by George Frideric Handel, Domenico and Alessandro Scarlatti comprised the historic-musical tableau, which was performed by the Baroque orchestra Lautten Compagney and later electronically processed by the sound artist DJ cfm (Friederike C. Müller). In addition to its musical adaptation, the lighting and set design by Noriko & Felix Nikolaus Minkus offered a contemporary interpretation of the piece that starkly contrasted the Baroque clichés. The production combined singing, orchestral music, dance, light and space in such a way that viewers recognized the spirit of the Baroque period as it is transported to the modern day. Its tendency to blur the boundaries between artistic genres and its underlying tension that fluctuates between the joy of life and the readiness for death are two poles which still influence our view of Mary today. She continues to be a model for our images of femininity, oscillating between the saint and the whore, sanctification and suffering, and reverence of the divine and contempt of the worldly. 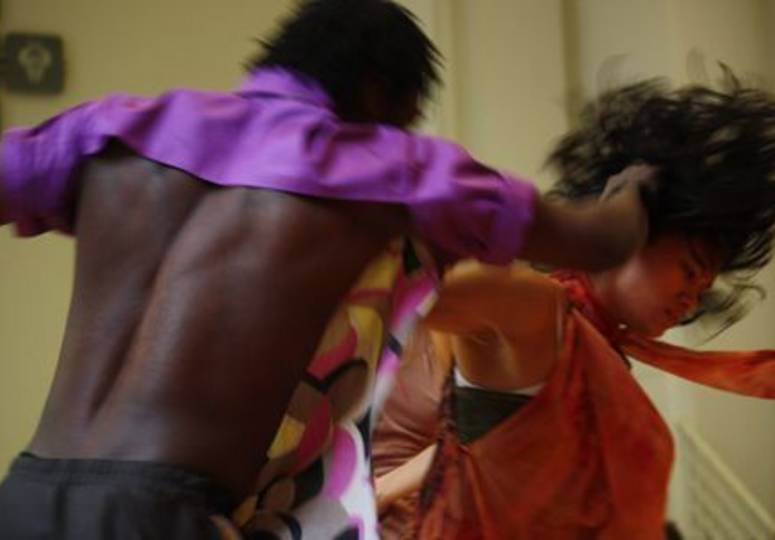