The Jo Fabian Department of Berlin carried out two projects in cooperation with Dock 11 Berlin. “Polka Dot Channel” described life in virtual worlds to which consumers cling as a substitute for real life. In contrast to theatrical convention, this project did not speed up time, but rather attempted to portray life more realistically over an extended period of time. Consequently, the production was planned as a one-year installation. Every month, the artists filmed one episode of the soap opera which was later presented on the Internet as a continuing series. The second production, entitled “Nietzsche oder die Diktatur der Kunst”, focused on five operatic overtures by Richard Wagner. The project did not intend to offer a new Wagner interpretation, but to investigate the practical value and functionality of the Wagnerian illusion machine. 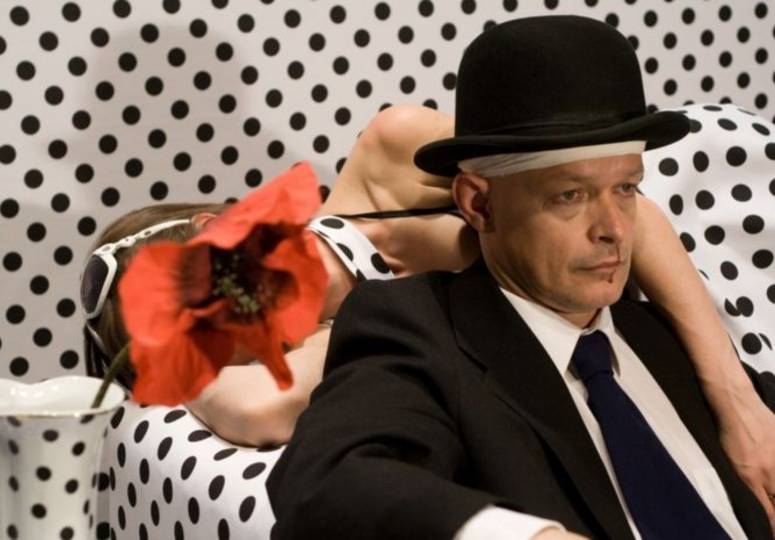