In the middle of Augsburg’s Cathedral District, dedicated city residents turned a long-vacant, run-down concrete building from the 1950s, which was originally intended as a standardised refugee facility, into what they now call the “Grandhotel Cosmopolis”. It offers 60 refugees temporary accommodation, twelve hotel rooms, designed by artists, and complete with an artists’ studio and café which serves as an event venue and meeting place for the community. This project has gained considerable national attention and has received numerous awards as a model project. Impressions from exchange trips and research visits in the border regions of the EU and North Africa were incorporated into an international conference, at which participants shared their experience and establish contact with future cooperation partners. What are the chances and risks involved in this alternative form of “welcoming culture”? How much creative protest does a democratic society need? The conference was an opportunity to review, reflect and discuss future developments, documented and accompanied by exhibitions, concerts, sound installations, podium discussions and workshops. The "Summit of Cosmopolis" kicked off the conference, at which various organisations which work closely with refugees met for a large networking event and exchange information. The guests included Refugee Impulse Club (Berlin), New Hamburg (Hamburg) and Cucula (Berlin).Experts and artists: Ariane Brennsell, Nayari Castillo (VE), Heidrun Friese, Lukas Houdek (CZ), Daniela Kammerer, Peter Jacob Maltz (IL), Hannah Reich, Dorothee Richter (CH), Bahia Shehab (EG), René Zechlin 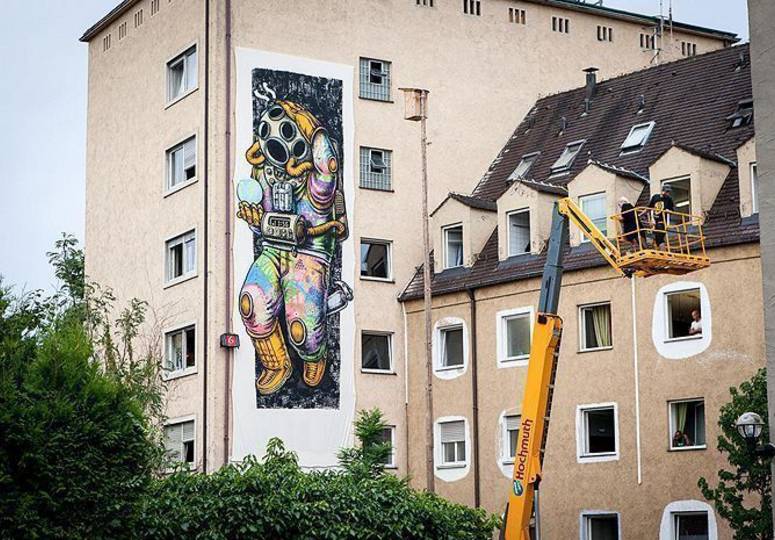